Welcome to my personal web page!

Thank you for reading, have on mind you can also inspire me with ideas and minds. If you like, visit me on other sources like Pinterest, Twitter, Google+, Instagram. Sorry to say Facebook is only for my real friends but why not to enter the club by other network? Feel free to contact me or write on this pages.

Have a nice day, best regards! 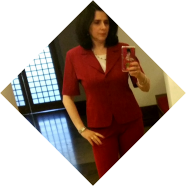 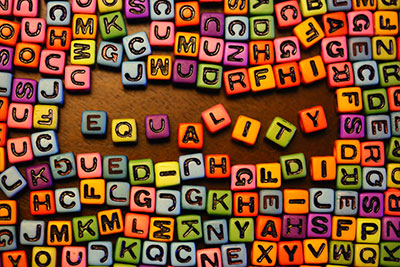 Where is position of gender policy in European Union is  one of the crucial question. It is in European Commission in DG for Justice named JUST, which refers to importance of this politics for EU. It can be visible on the way of formula:

EU gender equality acquis refers to all the relevant Treaty provisions, legislation and the case law of the Court of Justice of the European Union, CJEU in relation to gender equality.

In the field of gender equality there are a number of directives.The crucial Treaty Article for GE is Art. 157 TFEU establishing the principle of equal pay for women and men which covers Directive 2006/54, on the implementation of the principle of equal opportunities and equal treatment of men and women in matters of employment and occupation.The Treaty of Amsterdam became one of the essential tasks of equality between men and women throughout the EC; introduced the obligation of gender mainstreaming so that both the EC and MS became obliged to actively take into account the objective of equality between men and women when formulating and implementing laws, regulations, administrative provisions, policies and activities.The Lisbon Treaty, Article 19 TFEU provides a legal basis to take appropriate action to combat discrimination based on sex, racial or ethnic origin, religion or belief, disability, age or sexual orientation; also inserts a reference to the Charter of Fundamental Rights of the European Union into Article 6 of the Treaty on European Union (TEU), making this charter legally binding. (See at Eur-Lex)

In the EU law gender equality is positioned across: 7 directives, 7 communications, 1 recommendation (from March 2014), 26 Council conclusions and 10 reports.

From section of Communication few are most applicable:

Except DG JUST in EU are other institution related to the policy. The Advisory Committee on Equal Opportunities for Women and Men is body, assisting the EC in the formulation and implementation of activities aimed at promoting gender equality. The Committee is composed of representatives from ministries and equality bodies in the MS, amongst others, and includes two observers from the European Women´s Lobby (an umbrella organization of women’s associations in the EU). The European Network of Legal Experts in the Field of Gender Equality assisting the EC, too which ensures that the Commission is regularly informed of important legal developments in the field of gender equality in the Member States. An autonomous EU body, The European Institute for Gender Equality (EIGE) established to contribute to and strengthen the promotion of gender equality, including gender mainstreaming in all EU policies and the resulting national policies, and the fight against discrimination based on sex, as well as to raise EU citizens’ awareness of gender equality.

Statistic analyses for EU 28, last made by Eurometer 428, March 2015. is available at: http://ec.europa.eu/public_opinion/archives/ebs/ebs_428_sum_en.pdf